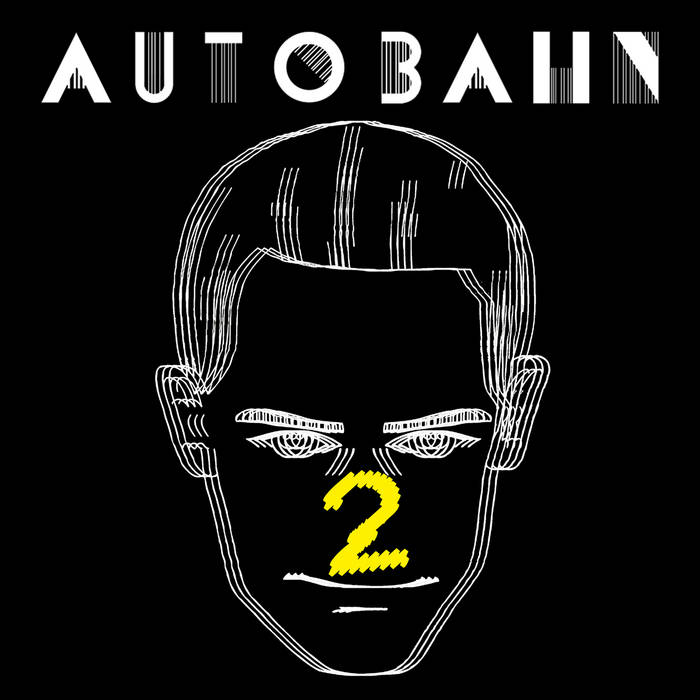 Leeds-based five-piece AUTOBAHN follow last year’s sold out debut EP, 1., with a second 3-track 12”, out 7th July. 2. channels the same aggressive post-punk of their debut, but feels sharper, more focused in its intent. And it’s hardly surprising – the first EP was a document of the band’s first three songs. Time has afforded the chance to hone the creative process with an almost military precision: cut the excess; find the point; hammer it home.

If that approach recalls the crack-the-whip intensity of early Greg Ginn-led Black Flag rehearsals (legend states that Ginn would have the band practice 8 hours a day, 6 days a week), then it’s fitting of the conditions in which the music was conceived. AUTOBAHN’s practice room also plays host to Leeds’ DIY hardcore/punk venue, and elements of that lifestyle have filtered into these new songs, in spirit if not aesthetic. Indeed, AUTOBAHN should not be mistaken for a hardcore band and its associated dogma. There’s too great a range of influences at play – current listening includes Chron Gen, Tubeway Army and Rowland S. Howard. This breadth of influence has informed the band from conception, but it’s never been as manifest as on 2. You can hear it on the krautrock-inspired EP closer, ‘Ulcer’, with its metronomic intensity and subtle-but-persistent synth line, and in the myriad of guitar lines that close ‘Pale Skin’. A nod must also be made here to producer Matt Peel, who the band credits for pushing their songwriting in new directions.

A more tangible influence stems from AUTOBAHN’s frequent touring, particularly the gigs shared with label mates Girls Names and fellow Loiners, Eagulls. In fact, ‘Unhinged’ was written on the guitar of Eagulls’ member, Mark Goldworthy. You can take that shared resource as illustrative of a general psychic bond between the bands that speaks of an imagined community. Despite the generally dark thematic concerns of the music, there’s an implicit sense of hope, as AUTOBAHN’s singer, Craig, attests:

“Ulcer is an appropriate gateway to the album we’re writing - the chorus is quite twisted ('Full breath as life just decays, cut deep, no worth, not this way') - but every time I hear that outro, it always fills me with real optimism and lifts me. The song is about death anxiety, which I don't have anymore at all.“